Hi everyone. I’m Callie Cassidy, professional photographer and owner of Sundance Studio in Rock Creek Village, Colorado. My author said she’d signed me up to write a blog post, so here I am. I admit I’m a little nervous, especially since I’m much more comfortable behind the lens of a camera than in the limelight, but I’ll do my best.

Let’s start with basics. I’m forty-four years old and five-feet, six-inches tall. While I won’t give you my weight, I will say I’m carrying about ten pounds more than I’d like. But what do you expect with a mother who indulges me with comfort food, a boyfriend who’s a chef, and a place called The Fudge Factory two doors down from my gallery? Besides, a year ago, it was twenty pounds. Progress, right? My hair is best described as chestnut brown, shoulder length, and I mostly pull it back in a ponytail while I work. I don’t wear much makeup, and I choose my clothes for comfort and practicality rather than fashion. Compared to my best friend, Tonya Stephens, who looks like she’s stepped off the cover of a magazine, I’m a slouch. Still, at least once a day, my boyfriend, Sam Petrie, tells me I’m beautiful. I might even be starting to believe him.

I was born in Rock Creek Village and lived here until I graduated from high school. Then, I went off to college in Austin, Texas, and spent the next twenty-five years traveling across the country chasing my dream job. Eventually, I got it—investigative photojournalist for The Washington Sentinel. At the risk of bragging, I was at the top of my field, even winning a prestigious Felden Award. You’ve probably seen seen some of my work.

But then I made a serious misjudgment, one that resulted in my resignation from The Sentinel and a humiliating return to Rock Creek Village. Little did I know then that this was where I was meant to be. I’m not a big believer in fate, but my mistake ended up changing my life for the better.

Now that you’ve read my background, here’s the insider information—five things you should know to be an expert on Callie Cassidy:

I am the adoring petmom to two furry orange creatures. My golden retriever, Woody, is a laid-back guy whose greatest fondness is for tummy rubs and ear scratches. As relaxed and cheerful as he comes across, though, don’t dare threaten anyone he loves. His teeth are sharp. His adopted brother Carl, an orange tabby cat, pretends indifference, but he’s the most inquisitive, intelligent soul you’ll ever meet. You don’t want to mess with him, either. His claws are sharp.

If I tried to name everyone, it would sound like an Oscar award acceptance speech, and we all know how boring those get. I’ll just say that, from my parents to my boyfriend to my circle of friends to my former CIA second mom, the people in my tribe give me the support, the love, and the loyalty I need to make me a better person—along with the occasional not-so-gentle nudge in the right direction when I veer off path.

It’s my gift, my aptitude, my craft—the pursuit that, when I’m not doing it, I’m wishing I was. Through photography, I’ve mastered top-notch observational and analytical skill. I’ve learned how to view the world and the people in it. Now that I’ve moved back to the village, I’m focusing (pardon the pun) on using my talent to create beauty rather than to document tragedy. Both are important, of course, but at this stage in my life, I choose beauty.

I’ll say it yet again: my involvement in Rock Creek Village crimes is not by choice! Even though my parents (and my boyfriend, and Detective Raul Sanchez, and many others) think I snoop my way into investigations, it’s not true. Sure, there’s an adrenaline rush that comes from working a case. And yes, I consider myself adept at the task. Even so, I don’t search out these crimes—they find me. One of them dropped on me from a catwalk of a hockey arena, for goodness’ sake. Am I just supposed to ignore that? Also, if you’re good at a thing, like I am at uncovering the identities of killers, of course you’re going to help. Right?

I hope you will, too. Please join me on my adventures.

Though a first for me, ‘Frozen in Motion’ is the third installment in the Callie Cassidy Mysteries. Callie lives in a picturesque small mountain town in Colorado. In a past life, she was an investigative journalist, among other things, but has settled into her hometown and owns a photography gallery. On the morning that this book opens up, she has a bit of a run with her friend Renata’s obnoxious ex-husband who has come to town seemingly to irritate everyone in town and to make Renata as miserable as possible. Desperate for closure, Renata asks Callie to investigate what he is up to and maybe find a way to make him leave. When the ex ends up dead at the ice rink where Renata coaches hockey and she has no alibi, the police soon zero in on her and her new beau as possible suspects.

I enjoyed reading this story. Though I came in at the end, there was never a feeling of missing out on backstory. I love the characters who populate the town and of course, it wouldn’t be a cozy without great small business names, like the bookstore “A Likely Story.” The mystery is well written and well-paced with just the right amount of action and drama and given the nature of the deceased plenty of suspects who might want the suspect out of their lives, maybe even dead. I did pick up on the killer fairly early but hoped I was wrong, which just shows the depth of the characters. I am interested in catching up with this series and seeing what is next for Callie and her friends.

A murder at the local hockey rink leaves photographer Callie Cassidy nursing a few injuries of her own, but that won’t stop her from trying to catch the killer—before someone else gets iced…

When hockey coach Renata Sanchez asks for Callie’s help exposing her ex-husband’s nefarious activities, Callie hesitates. After all, Renata’s brother, Detective Raul Sanchez, has been known to bristle at Callie’s interference. But with her own second-chance romance on rocky turf and her best friend’s engagement to a man Callie doesn’t entirely trust, she could use the distraction of an investigation.

Before she can even begin her research, a confrontation involving the ex, Renata, and Raul erupts right outside Sundance Studio. Then later in the day, the ex-husband literally drops dead and falls from the hockey arena catwalk—landing with a thud on top of Callie. Renata immediately takes the top spot on the suspect list, with Raul’s name not far behind. With time running out to save her friends, Callie enlists the help of her inquisitive cat and her loyal golden retriever to develop a picture of the true culprit.

Lori Roberts Herbst is the author of the Callie Cassidy Mystery series. Her debut novel, Suitable for Framing, won first place in the Murder and Mayhem category at the 2020 Chanticleer International Book Awards. She is a member of Sisters in Crime and serves as secretary of the North Dallas chapter. She is also a member of the national Guppy chapter and Mystery Writers of America. A former educator, Lori spent much of her life writing, editing, and psychoanalyzing. Through thirty years of teaching journalism, advising newspaper and yearbook staffs, instructing budding photographers, and counseling teenagers, she still managed to hang on to a modicum of sanity. Then she retired and assumed her third career: author.

January 29 – Reading Is My SuperPower – REVIEW

January 29 – I Read What You Write – REVIEW, CHARACTER GUEST POST 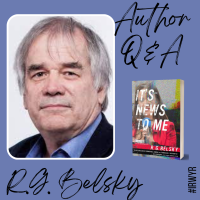 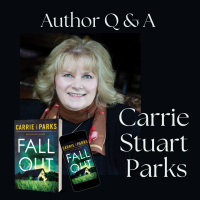 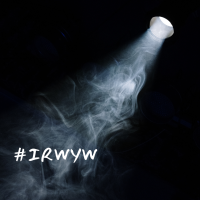