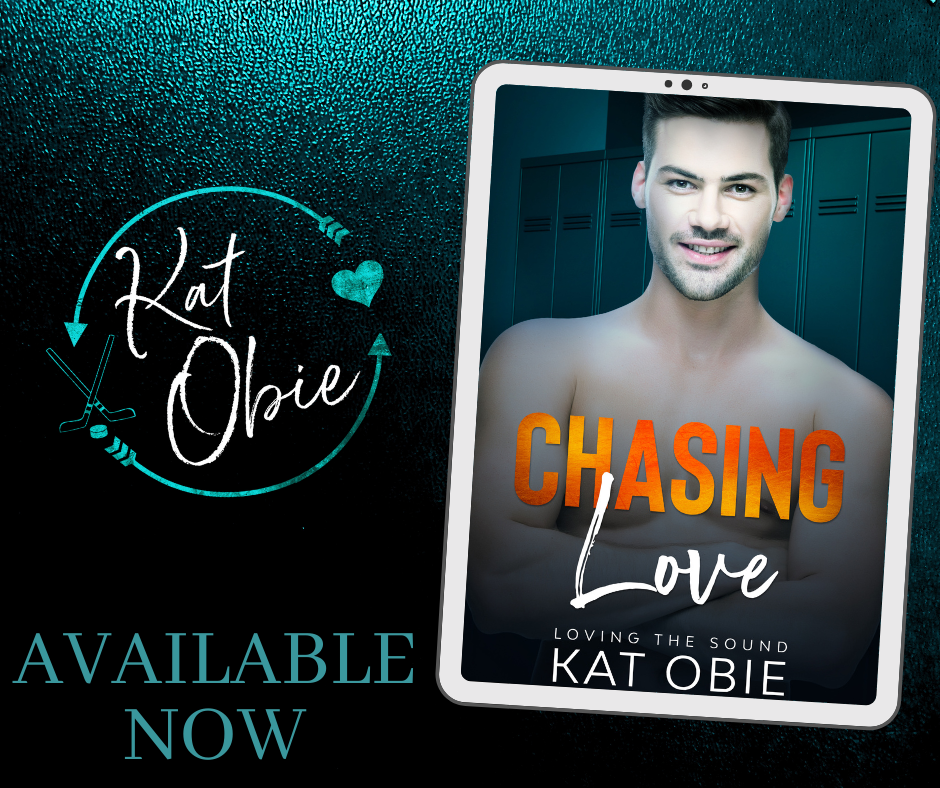 I get a thousand emails a day. No joke or exaggeration. Firstly, it is my daily addiction tickling list of free ebooks ( I promise, I intend to read all of them if it takes me twenty years after I am dead to do it). Next, it is news from Goodreads, Bookbub, and amazon letting me know which books are coming out that I will, sadly, never find the time or money to read. The final hefty chunk are newsletters from authors, which I am sorry to say most do not get the amount of attention they deserve simply due to volume, but please keep sending them because I love reading about your work, I promise.

Today’s story starts with one such newsletter from an author, I do not remember who. It contained the release day information for a new book by Kat Obie. ‘Taking a Chance (Loving The Wild book 1)‘. The story of a hockey player, Dez, being enticed back to the game after a brutal attack has left him a werewolf shifter and a recluse for several years.

I almost looked right past it. I don’t do shifter tropes. There is a whole list of tropes I don’t do. Billionaires, fake relationships, vampires, unexpected babies, enemies to lovers; Oh, the list goes on and on. I often share about my progeny’s high-brow snobbery when it comes to the books he reads, but apparently, he gets it from me. Oy! I didn’t do sports romance either, but that wasn’t a preference as much as it just flew under my radar. However, this particular book hit my inbox at a particularly vulnerable moment in my life. I had a hole to fill in my soul, and it called to me.

Goodness! I can be so dramatic.

So, going back a few months, I discovered quite by accident that my local radio station broadcasts our local hockey games, the ECHL Fort Wayne Komets. I was immediately drawn into the drama of small-town hockey. The season had been shortened because of Covid and half the teams weren’t even playing. ECHL fans the country over were calling our boys an asterisk team because they started late and had picked up all the best players from their rival teams (those who took the season off). The play-by-play announcer, Shane, infected me with his enthusiasm. He had reverently taken over his job from a legendary broadcaster, giving him the chance to call the games of a team he had followed since childhood.  His love for the game and the history of the team spilled into every broadcast and podcast. The team was a scrappy and loyal bunch of players and it seemed they were always the underdogs. Once the playoffs hit, they were never in the lead. Their penchant for coming to the defense of their teammates in all situations was used against them time and again as the opposing teams used it to draw them into stupid penalties and turnovers. Still, they held in there and impossibly won each round barely by the tape on their sticks, to arguably better teams, until they finally hoisted the Kelly Cup. The season was over. I was drained, it is a lot of work to watch all that effort. The Stanley Cup playoffs still had to play out, but I didn’t have a horse in that race. I just hoped each series would go to full games so hockey wouldn’t be done. Then it was.

When”Taking a Chance” hit my inbox, there was still a month or more to preseason and I was needing an ice fix. So I lowered myself in desperation to read this book. Guess what, Ms. Judge-a book-by-its trope got hit with a high stick to the head. Years ago, when I started my blog I named it “I Read What You Write”, because (you know it) I read everything. My only criteria… Tell me a story. Somewhere along the way, that seemed to have gotten lost.

Well, guess what? Kat Obie told me a story and I liked it. I liked it a lot. My one complaint, it is too short. Read my blog long enough and you know this is a common complaint of mine.

I need to read. You try feeding a five hundred page a day habit on short books.

This story pulled me into a well-written, fascinatingly addictive world filled with entertaining secondary characters I actually wanted to learn more about. Most importantly, the hockey was dead on. This was written by someone who loves the game and the culture and built her stories on that foundation. Even so, the sport was simply the vehicle the story and emotions rode in on. With ’Loving the Wild’ being a new series, more about those characters would be forthcoming but I would have to wait to satisfy my curiosity about where Delaney, Kirby, and the others were heading. I could wait. I had a whole world to explore first.

There was history between the lines of this story. There was another team, the Cleveland Sound, and Dez’s brother Colby, the Sound’s Goaltender, was sweet and compelling. He was someone I wanted to get to know better. I set out to track down The Sound and his story. I did find them and promptly discovered I would have to wait months to read Colby’s story, Sheesh!! Luckily I did have the entire ‘Loving the Sound’ series to read first. Then ‘Loving the Puckers‘, the follow-up next-gen story of The Sound players, needed to be caught up with. I love how completely involved I became in the lives of these men, their ladies, and their friends. I was completely immersed in this world. Finally, I was offered an arc to read “Chasing Love,” Colby’s story. (Thank you. Thank you. Thank you.)

So to sum up Colby’s story, Sweet steamy love story, Sweet sensitive hockey boy. Loads of laugh out loud moments. If you like hockey and love romance with pure heart and laughter, you want to read this.

You want more? Of course, you do. Spoilers Ahead

What drew me to Colby was his vulnerability. He was desperately worried about his brother, as he should have been. Dez needed to be worried about. Still, it was obviously more than that.

Read an Excerpt from “Chasing Love”

Trying to pretend everything was alright, he asked, “Let me guess, you need a cup of sugar?”

She smirked and shook her head. “Oatmeal. I’m hoping it’s on your meal plan.”

“Yeah, you’re in luck.” He tried to sound easy-breezy, but his voice was rough and still a bit ragged from the way everything was racing. He led her to the kitchen. “I have rolled and steel-cut oatmeal.”

“Did I interrupt anything?” Christine asked with a smile.

He wanted to hold on to her and let one of the bright spots in his life make him happy. But there was no good way to say, “You interrupted an anxiety attack, and I’m glad for the distraction.” Instead, he said, “It’s fine.”

She wrapped her arms around his waist. “What’s really going on, Colby?” She rested her head on his chest. There was no way to hide his elevated heart rate. “Holy shit, Colby. Do I need to call a doctor?”

“No.” He shook his head and wrapped his arms around her. “It’s . . .” He got shy. While he knew there was no shame in having anxiety, he hated admitting that he struggled with it. But she was looking up at him, pleading with him to explain what was going on. “It’s my anxiety.”

That was the tough part. He could be honest and say having her around could help since he was worried about the state of their relationship. Just like he was worried about Dez. But that was too much pressure to place on someone. Yet being social and talking about his problems helped him. Normally, he would talk to Dez or his therapist.

As we find out, Colby is prone to anxiety. As a mom of a boy, a young man (getting older sucks), this hits close to home. Men’s mental health is not discussed enough in general. In the setting of professional sports where men are seen as gods of skill and grace, it is most definitely not talked about enough. It was touching to read about him bravely chasing the woman he loves while dealing with the anxiety that every new turn in a typical new relationship generates all the while dodging the obstacles his fun-loving well-meaning teammates throw in his path.

It is made worse by the fact that Christine, his hardcore crush, isn’t interested in dating hockey players, and even if he can convince her to take a chance, The Sound has rules in place that forbid co-workers from dating. He is up against it if he wants to make this work.

All of my favorite characters from the series are in this book and I love that we are still catching up with their lives despite their stories being told. It was worth the wait to learn more about Colby, and it is fitting that we get a bit more of Dez’s story along the way. The next book is due out in December. I am excited.

I received an advance review copy through Kat Obie for free, and I am leaving this review voluntarily. 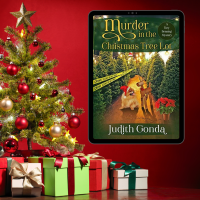 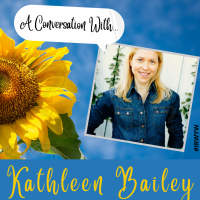