Hello to all who read this. I am Dr. Stan Charnofsky, the author of the Charlotte series of mysteries published by Hawkshaw Press.  I would  like to tell you about my personal history and hope I don’t seem too egocentric.

As a young man, I was skilled as a baseball player and managed to get a scholarship to USC. Their baseball coach, Rod Dedeaux, won more national championships (eleven) than any coach ever and was voted College Baseball Coach of the Century.  No one else has ever won more than four. He was delighted that my high school grades were so good that I could qualify for an academic grant, saving an athletic scholarship for someone else.

I was successful in college baseball and was signed to a contract with the New York Yankees, where I played in their minor league system for several years, and even managed for a time. When my baseball career ended, I returned to USC to study Counseling Psychology, and was hired as a professor at California State University  Northridge.  At first, I coached at CSUN, but then switched to the Department of Educational Psychology and Counseling, where I taught masters level students about Marriage and Family Therapy for over fifty years.

One interesting sidenote: my assistant baseball coach at CSUN was a man who became a hall of fame sports announcer, Dick Enberg, who remained a close friend until his untimely death a few years ago from a heart attack. I had become a licensed psychologist, so along with my teaching, I practiced as a therapist for many years.

It is important for me to say that I was never a Freudian or a Behaviorist in my therapy or teaching work.  My hero was an amazing man who changed the  face of psychology in the world, Carl Rogers. He became known for his  non-directive approach, which was called Person-Centered Therapy.

I retired from CSUN a year ago, and am delighted to say that even though I no longer meet with students, almost weekly I get an email from a former student saying s/he was reminiscing about the wonderful practicum we had together and wanted to say hello and see how I was doing. My approach to teaching and therapy was much like Rogers’ and is known as Humanistic-Existential.

Another friend who became world-famous for his  psychology work was Dr. William Glasser, who, while not exactly Humanistic in his work, founded Reality Therapy and Choice Theory. Dr. Glasser also applied his approach to schools, and wrote Schools Without Failure, a book used in several nations around the world.  Glasser and his wife came to my  classes as guest lecturers several times. Interestingly, both Rogers and Glasser are gone but their work is honored across the planet. I once visited St. Petersburg, Russia, and they have a center there focused-on Roger’s ideas.

My novel writing began some forty years ago and, so far, I have written over thirty novels, eight of which are published. I am delighted that Hawkshaw Press is publishing my three mysteries, Charlotte, Accident, and Broadway. Even at my elderly age, writing is a challenge and a joy.

I hope these words give a little insight into who I am.

Accident is the second book in the Charlotte Smart Mystery series by Stan Charnofsky. It finds retiree Charlotte Smart getting involved in the investigation into a horrible accident where a young girl has been killed crossing the road near a park. Certain that her older sister is in trouble at home Charlotte pulls out the stops to find out just what happened and who else might be a danger in the child’s life.

The book is written in first person, as told by Charlotte’s brother, Greg. It has the feel of Miss Marple meets Sherlock Holmes with Greg sounding very Watsonesque in his word choices and narration style.  It is obvious that he thinks highly of his sister, her intelligence, and her investigative style.  The reader will easily see that she is a force to be reckoned with as she gathers allies and mows through suspects. The mystery offers the reader plenty of twists and turns and doesn’t quite end up where the original investigation might seem to be headed. It is Christie-like with Charlotte’s big reveal and explanations at the end.

This is listed as a cozy mystery on amazon but it reads more like a traditional mystery and includes some four-letter language and situations that aren’t generally seen in a cozy format.

Charlotte returns to solve another case in the second installment of the Charlotte Smart Mystery Series.

Greg Smart, Charlotte’s brother, has flown in from California for his big sister Charlotte’s 70th birthday. Charlotte, the previous year, solved a murder when Greg visited her at her retirement village.

The police officer who took a shine to her during the prior case has just asked Charlotte to take a look at a baffling hit and run “accident” that has left one victim dead. Charlotte weeps to discover that the victim is a child, and the second victim, the child’s older sister, is injured. Charlotte agrees to help immediately, and as soon as the two meet the child bonds with Charlotte who takes her under her wing. Charlotte will not let this child be hurt again. Meanwhile Greg continues to have an unexpectedly interesting love life while he and Charlotte work together to help to piece the child’s life and family back together by bringing a murderer to justice.

Stan is a wonderful man. He just turned 90, and he just retired from teaching at Cal State Northridge (CSUN), and was their oldest and longest-serving faculty ever. He taught marriage and family counseling, and was once, briefly, a Yankee, and was also, for about 10 years, the baseball coach at CSUN. He is a lovely man with many students indebted to him. He also wears butterflies. Many decades ago students started gifting him with butterfly pins; he has hundreds, and every day he pins one on. I know he is older but he is still writing and is a vital and lovely person.

October 25 – I Read What You Write – REVIEW, GUEST POST

October 26 – Here’s How It Happened – REVIEW 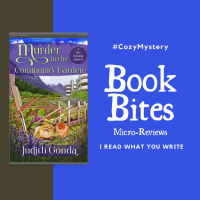 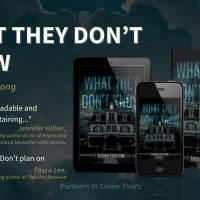 Shelle's ReaderRank
Shelle has reviewed 1360 books with an average rating of 4.5 out of 5.
835 people have found Shelle's written reviews to be helpful on Goodreads.
See more...