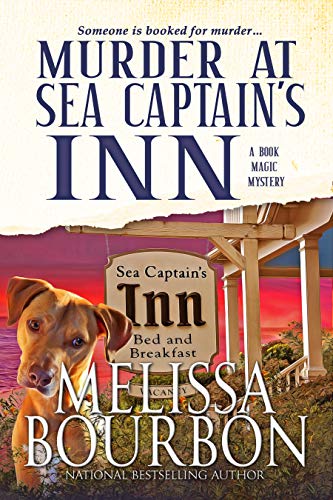 I’m in love with charcuterie boards. It is a French tradition that Americans have adopted and which there is a lot of Instagram love for.

My daughter is especially gifted at putting together beautiful boards. (The photos are of ones we did together and one she did for a friend’s picnic.)

Charcuterie is traditionally preparing and assembling cured meats, but it’s now evolved to include meats, cheeses, breads, olives, nuts, and fruit. It’s all artfully arranged on a board. The artfully part takes practice, I’ve discovered!

I love charcuterie so much that I created a cheese shop in my fictional island town of Devil’s Cove called Charcuterie. In Murder at Sea Captain’s Inn, the French proprietor prepares a charcuterie board for Pippin at one point, and Pippin buys everything she needs to make her own.

Today, I’m sharing how to put together a charcuterie board!

The goal is to balance flavors and textures that compliment each other, and also contrast each other.

You want to include a variety of textures, as well as sweet and salty elements.

A spattering of dried fruits, such as cranberries, gives the board a pretty finishing touch.

One or two smoked meat options is plenty.

Adding crackers or sliced baguette on the board or on the side is important.

Fruit preserves are a fantastic compliment to soft bloomy cheeses like brie or camembert.

Fold the pieces of meat by folding in half, then in half again, the pinch together to make them like little fans.

Put the bloomy cheese out whole.

Put chunks of the other cheeses.

The Book Magic Mystery series is such a splendid way to spend a couple of hours. It starts with a curse; the women in the family are doomed to die in childbirth and their men doomed to be taken by the sea. Add in the special power the women sometimes have as bibliomancers, that in itself makes this series intriguing. What avid reader wouldn’t want to be able to do that?

In Murder at Sea Captain’s Inn, Pippin and her brother Grey are the latest descendents of the Lane family. Pippin is desperate to find a way to break the family curse if only to save her brother from his seemingly preordained fate. She has turned the house they inherited from their parents into a bed and breakfast and she has her hands full with the grand opening. It is bad enough that one of her guests has turned up dead, but as Pippin gets pulled into investigating, it turns out that the woman may have known something about the curse that has been following the Lanes for the past two millennia.

Melissa Bourbon knows how to tell a story. Honestly, that is all that needs to be said.

There is so much going on in the 250+ pages of this book. Pippin has picked up her father’s investigation into her lineage and is learning to have confidence in her role as a biblimancer.  That narrative alone is fascinating. I could read a 500 page book on that aspect of the story alone. The Lane women are so genuinely interesting, I keep coming back for more.

I truly enjoyed the tidbits of archeology and history laced into the plot. With a budding archaeologist in the house, I admit to being just a little too excited to read about optically stimulated luminescence in the course of a mystery novel. I mean that doesn’t just pop up in a typical conversation.  I also love that I didn’t see whodunnit until it was explained. When Pippin figured it out, I was hoping she was wrong because I just didn’t want to believe it, but of course it was there in the clues the whole time. How did I miss it? Simply put, the clues are so subtly woven into the story that it is easy to forget that we, as readers, are here to help Pippen solve a mystery.

I do think this reads well as a stand alone if this is your first experience  with the series. Still, book 1 and its prequel are so worth the effort. The story isn’t all told yet, so I will be back for more.

Generation after generation of Lane women die in childbirth, while the sea claims the men.

Pippin Lane Hawthorne’s grand opening of Sea Captain’s Inn is tainted when a scholar studying the Lost Colony of Roanoke is brutally murdered. Like the black crow that hangs around the old house, could the untimely death be a harbinger of dark things to come?

When her twin brother, Grey, begins bucking the curse by risking his life in the waters of the Outer Banks, Pippin lives in terror that he’ll be the next Lane male to be swallowed by the sea. Now she must use her gift of bibliomancy to save her brother, solve the murder, and end a two thousand year old pact.

Melissa Bourbon is the national bestselling author of more than twenty-five mystery books, including the Book Magic mysteries, the Lola Cruz Mysteries, A Magical Dressmaking Mystery series, and the Bread Shop Mysteries, written as Winnie Archer. She is a former middle school English teacher who gave up the classroom in order to live in her imagination full time. Melissa lives in North Carolina with her educator husband, Carlos. She is beyond fortunate to be living the life of her dreams. Learn more about Melissa at her website, www.melissabourbon.com, on Facebook @MelissaBourbon/Winnie ArcherBooks, and on Instagram @bookishly_cozy.

Click Here For Your Chance To Win A print or digital – Murder in Devil’s Cove, book one in the Book Magic Mystery Series

July 28 – Reading Is My SuperPower – REVIEW