The last thing Ethan Scott remembers is the creaking of footsteps before barricading himself in his room — THE ACCIDENTAL WORLD by K.A. Griffin

The Accidental World is one of the more unique stories I have read of late. Ethan Scott is thrust into a world of intrigue in an alternate world where the only lifelines he has are the vague instructions left to him by his grandfather before his disappearance and the board game that he has played since he was a child. There are those who help him along the way, but there are always more questions than answers and he has a role to play.

On the surface this seems like a tropey Y A novel with an unlikely hero who is thrust into the role of savior (yada yada), but it is really such a well written  imaginative world that comparisons like that fall by the wayside in favor of well paced and exciting adventure. The book is packed full of interesting characters who engage the reader full throttle. In my mind it played out just like a movie, especially the gaming sequences and the action near the end.

The cliffhanger ending has me wanting to return to this world and these characters to see what happens next.

I received an advance review copy through IRead Book Tours for free, and I am leaving this review voluntarily.

Ethan Scott thinks he is having a normal Monday evening, waiting for his grandfather, Pops, to return. Pops had left on a mysterious errand the day before, and warned Ethan that if his return is delayed, then Ethan will be in danger. Suddenly, Ethan hears creaking on the footsteps and barricades himself in his room. That’s the last thing he remembers as THE ACCIDENTAL WORLD by K. A. Griffin begins before Ethan finds himself transported to a new world that was like nothing he had ever seen.

NHHMM is a futuristic town, blighted by air pollution that is so strong everyone wears masks in order to breathe. Everything is alien to Scott: his surroundings, the buggies that people travel in, his classmates, and the headmistress who seems to know him, but who he has never seen before in his life. But there is one thing that is familiar to Scott, and that is the popular game, Conquest, that he used to play with his grandfather. Scott excels at Conquest, beating all of his classmates. He is chosen to play in the tournament that is attended by many in the town, including the Chancellor. But he soon learns his Pop has been captured and jailed by the Chancellor. Pop is part of an underground resistance that holds the secrets to a powerful technology that the corrupt Chancellor wants to obtain. Nobody is who they appear to be, and Ethan learns the truth about his parents and Pop’s true identity. The tournament is Ethan’s chance to save Pop’s life and those in the resistance who are trying to free him. Pop’s and Ethan’s fate hangs in the balance. What becomes of Pop and the resistance fighters? Will Ethan disappear forever if he wins the tournament, a fate that has befallen previous winners? Readers will have to wait until the publication of Book 2 in this riveting trilogy to find out what Ethan’s destiny is in the accidental world he has traveled to, and that pits good against evil is a world not too dissimilar from our own.

Meet the Author: A graduate of Baylor University with a degree in Business Administration, Keith spent his first career managing businesses and distressed corporations. His second career began at Amazon, where he started at the bottom, ensuring we all get the packages we need. He now manages 100 Amazon associates, and every day he still keeps an eye out for the latest novels coming through the building.

At eighteen, he wrote his first short story. It was a murder mystery only thirteen pages long. On Christmas morning, before anyone had the first cup of coffee, his family noticed that the presents under the tree were gone, and in their place were three manila envelopes. Merry Christmas! You must solve the mystery to find the gifts! It was this short story that led to a lifelong love of writing.

Keith currently lives in Texas with his wife, a dog who thinks she is a princess, a horse who knows she is a princess, and a rescue cat who is little more than a source of allergies. There is talk of chickens in his future, but every time he starts to build the coop, a critical tool goes missing. He always blames the cat. 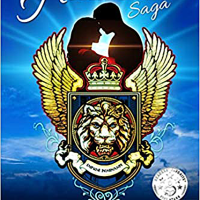