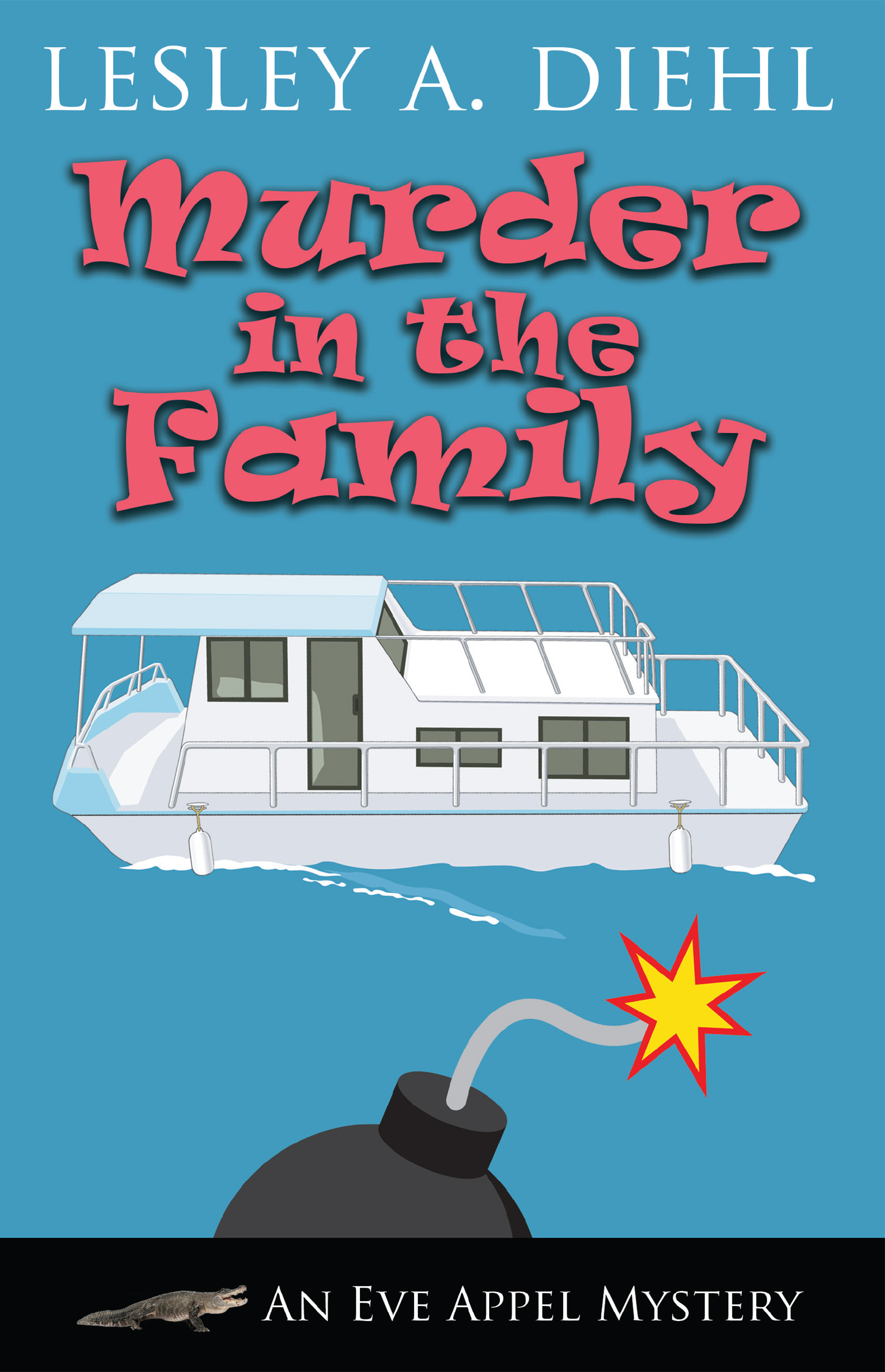 Eve’s hunches lead her to believe she can bring the person responsible for the threats into the open by setting a clever and desperate trap. #MurderintheFamily #AnEveAppelMystery By #LesleyDiehl

I am one of Eve Apple Egret’s best friends. Everybody, including Eve, knows me by the name Nappi Napolitani, but that may not be a real name. I keep much of my life under wraps because my current profession is mob boss, or at least that’s what I allow folks to believe.

I’ve known Eve since she first relocated to rural Florida. I bumped into her best friend, Madeleine at the local big box store, a chance meeting. Or was it? Madeleine was purchasing some cups to replace the ones she broke in Eve’s house. Madeleine is a wonderful gal, but a bit clumsy, although you’d never guess it. She looks like a fairy queen, tiny, delicate, like a small ballerina. She is Eve’s best friend, and they own a high-end consignment shop in rural Florida. That incident in the superstore where she and I ran into each other was the beginning of the friendship between Eve and me as well as my friendship with Madeleine.

All of Eve’s friends and family like and accept me as part of Eve’s inner circle. The only exception is Frida Martinez, a detective with the local police force. Because word had gotten around that I may be into the mob and because I dress like the stereotypic mafia don—back silk suit, pearly grey tie, shiny leather shoes, Gucci watch and a diamond pinky ring—yes, that does make me look like a mob boss—Frida assumes that I’m connected, and she’s wary of Eve’s acceptance of me. But like all the people Eve loves and who love her, Frida is willing to give me a lot of latitude. I disappear when the police arrive. That used to make Frida suspicious, but now she knows my presence would only complicate things for her. If Eve knows I had nothing to do with a murder or theft or kidnapping, that’s good enough for Frida. There have been times when my connections supply valuable information to help Frida in her work.

I am never the bad guy although I have been known to engage in some not quite so legal activities, usually in Eve’s company. We often take Eve’s grandmother Grandy with us on some of our crime fighting capers, usually as our driver. Eve was raised by her grandmother. They share the same genes when it comes to taking risks, and Grandy doesn’t like to be left behind if there’s a bad guy to be caught.

I can’t think of a better partner than Eve to help sniff out criminal activities, especially ones involving some notorious crime bosses, people I have run into in my line of work. She’s lousy with guns, but a killer when it comes to using her stiletto shoes as weapons. While I’m usually the person Eve seeks out for assistance, recently I reluctantly turned to her for help. In Murder in the Family, I tried to disappear thinking my presence put Eve and her family and friends in danger. With the suspicious death of my grandfather, it certainly seemed that someone was after me, but it turned out the criminals also had it in for Eve and those she loved, so I went underground. Eve found me with the help of her father-in-law. I thought I was doing the right thing by laying low, but I was wrong. When she found me, Eve gave me a stern lecture on not giving up. Her words hit home. I’ve never run from a challenge, and she convinced me I shouldn’t hide from this one. I have been there for her, but this time she was the one who came through for me, not with her gun which she brought along, but as is her way, with footwear. Eve and I once more came together to protect those people we value.

Eve is beginning to doubt my claim to mob boss status. She can think what she likes. I know she’d never come right out and ask me. That’s good because I’d prefer keeping a few secrets from her and the friends I’ve made here in rural Florida. I’m certain Grandy knows more than she’s telling about me. She knew me when she and I both lived in Connecticut. If she hasn’t already, she could check on my background through her friends there. Like Eve, I think Grandy knows more about my past than she ever said to anyone around here. That’s fine with me. I have stories I could tell about her, harmless tales, all of them, but a woman of Grandy’s position likes to keep secrets also.

So am I what I seem to be? A mob boss? Or, as Eve once mentioned, was I connected to the government in some way? Does it really matter as long as I’m Eve’s friend and have her back and that of her friends and family? By the way, I’m a great cook also. I make a mean lasagna. If you had a taste of it, you wouldn’t care if I was a short, fat fellow from a small town in the Midwest.

The past comes back seeking vengeance. To save her family and friends, Novice PI Eve Appel, pregnant with her second child, must outwit the bad guys in a final act of desperation, risking her life and that of the man she’s asked to help her, her mob boss friend, Nappi.

Someone is targeting the friends and family of Eve Appel Egret, owner of a rural Florida high-end consignment shop and part-time private investigator. The intimidation includes stealing the horse of one of Eve’s rancher friends, forcing her car off the road, attempting to kidnap her daughter and leaving messages on her phone threatening more dreadful acts to come. Eve almost succumbs to gas inhalation when someone enters the consignment shop and cuts the gas line while she is in the shop. And just when Eve could use the help of her mob boss friend, Nappi, with his far-reaching resources, she discovers he has gone into hiding, himself a target. By the time she finds him, he has lost all his financial assets and his influence, but not his determination to help Eve. It’s clear to Eve that someone from the past has returned to seek vengeance on her and those she loves. Her hunches lead her to believe she can bring the person responsible for the threats into the open by setting a clever and desperate trap. She knows the bad guy will come with reinforcements, but she never counted on who they would be.

Cows, Lesley learned growing up on a farm, have a twisted sense of humor. They chased her when she went to the field to herd them in for milking, and one ate the lovely red mitten her grandmother knitted for her. Determining that agriculture wasn’t a good career choice, instead she uses her country roots and her training as a psychologist to concoct stories designed to make people laugh in the face of murder. “A good chuckle,” says Lesley,” keeps us emotionally well-oiled long into our old age.” She is the author of several cozy mystery series and numerous short stories.

Click Here For Your Chance To Win A print collection of work by Lesley A. Diehl

June 1 – I’m All About Books – SPOTLIGHT

June 8 – Escape With Dollycas Into A Good Book – AUTHOR INTERVIEW 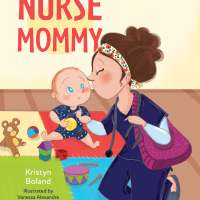