Leah is desperate to clear her name sorting through backstage intrigues, attempted blackmail, and a tangle of romantic liaisons… — Murder in First Position: An On Pointe Mystery by @lorirobbins99

Murder in First Position takes place in New York City, in a professional ballet company. I’m a former dancer, and I was drawn to that inherently dramatic setting, which is one I know well. The dance world is fiercely competitive, although, in the real world, cutthroat competition is usually a metaphor.

I picked the wrong killer, who was so clever, this person fooled even me. When I went back to edit what I’d already written, I found the clues were already there.

After watching a dance performance together, we’d hang out at the Café Figaro, drinking espresso and eating cookies. We’d talk about books and brainstorm answers to unsolved mysteries.

Do you have any quirky writing rituals?

Despite many tech tools at my fingertips, I still reach for post-it notes. They litter my desk, my notebooks, and even my handbag. I color code them as I’m writing.

What comes first for you — the plot or the characters?

Somewhat counterintuitively for a mystery writer, I focus on the characters first. Once I have a good idea about who the protagonist is, the rest of the story flows from that.

How do you avoid or defeat writer’s block?

I avoid writer’s block by never having enough time to write. I’m a full-time English teacher, and a member of the Damsels of Distress, a writing group I helped found. We do book talks and writing workshops. Even if I’m feeling uninspired, I’ll write something—anything!—and fix it later.

What is your all time favorite book or author? Do you think this has influenced your writing?

Jane Austen is my favorite author. Her dry sense of humor, the precise way she delineates even minor characters, and her ironic social commentary, definitely influence not only what I write, but who I am. I’m not particularly funny in real life, but I am on the page.

What was the defining moment that made you say to yourself, “Today, I am going to write a book that I will publish.”?

My youngest son graduated from high school. I’d been writing scraps of stories for years, but never committed to writing a book until then. As the mother of six kids, it was a clear turning point in my life.

Aside from writing or reading, what are your hobbies or interests?

I’m a former dancer, and I still take ballet classes—for now, on zoom. As soon as I can, I’ll resume attending dance performances with my friends, many of whom are former dancers as well. I love to travel and usually head for a foreign city. I like trying out new recipes, especially when the list of ingredients starts with butter, flour, sugar, and chocolate.

What is your author spirit animal?

What is something you can do better than anyone else you know?

If you knew you could not fail, what would you do?

I would become a spy and live a life of international intrigue. In my off hours, I would write about my adventures under an assumed name. Should I have to enter the Witness Protection Program, I’ve already chosen an alias. It’s good to be prepared.

Name three fun facts about you or your work.

I’m addicted to coffee, crossword puzzles, and post it notes.

Ballerina Leah Siderova knows the career of a professional dancer is short. But rarely is it as brief as that of her rival, Arianna Bonneville, whose rise to stardom ends when she is stabbed in the back.

New York City police detective Jonah Sobol fixes upon Leah as the prime suspect. After all, she was the one who found the body, she had the most to gain from Arianna’s death, and it was her name Arianna whispered, just before she died.

Leah is desperate to clear her name, and she begins her own investigation, collaborating with her best friend and her ballet coach. As the three dancers sort through backstage intrigues, attempted blackmail, and a tangle of romantic liaisons, the noose around Leah’s neck grows tighter.

Ballet, with its merciless discipline, is all Leah has ever known. Is that enough to keep her one step ahead of the police—and the killer?

Brooklyn-born Lori Robbins began dancing at age 16 and launched her professional career three years later. She studied modern dance at the Martha Graham School and ballet at the New York Conservatory of Dance. Robbins performed with a number of regional modern and ballet companies, including Ballet Hispanico, the Des Moines Ballet, and the St. Louis Concert Ballet. After ten very lean years as a dancer she attended Hunter College, graduating summa cum laude with a major in British Literature and a minor in Classics. Her first mystery, Lesson Plan for Murder, won the Silver Falchion Award for Best Cozy Mystery and was a finalist in the Readers’ Choice and Indie Book Awards. Murder in First Position is the first in her new mystery series, published on November 23, 2020, by Level Best Books.

She is currently working on the second book in both series. She is also the author of “Accidents Happen” a short story that will appear in the 2021 Malice Domestic anthology: Murder Most Diabolical. Robbins is a vice president of the NYC chapter of Sisters in Crime. She is also a founding member of the Damsels of Distress, a group that offers writing workshops and book readings. She is an expert in the homicidal impulses everyday life inspires.

March 21 – I Read What You Write – AUTHOR INTERVIEW (NO POST) 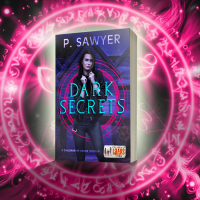 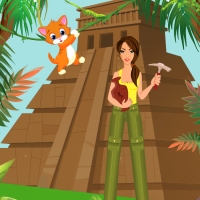