When Lorrain McGregor dies in 1851, her soul survives to go back in time…to the year 1631 in Jamestown, Virginia– The Soul Warrior Book One by Adrian Spear 4/2

My book was inspired by many things including some well-known books, movies and television shows. I was a huge fan of True Blood when it came out on HBO in 2008. But what I loved even more was the Sookie Stackhouse novels they were based on. It was from this wonderful series that made my love of vampires and vampiric lore come alive. Besides being sexualized creatures, they are also seemingly misunderstood beings because of how intricate and complex an actual vampire would be. Imagine living for centuries and experiencing the highs and lows that come with being a vampire. They love but also can’t bear to love because it’s almost torture, especially to love a human. They also must experience the sadness of immortality with all their memories, regrets, and dreams to boot. It was from this idea, from this train of thought that produced the beginnings of The Soul Warrior. I knew I wanted a vampire love story but what I didn’t know was how my vampire characters would evolve.

Believe it or not, my book was originally going to take place in the 1850’s with Lorrain’s soul traveling to the future from the 1700’s. But that changed when I decided to take a stab at redeveloping my vampire characters, Xavier and Queen Dahlia. At first, Xavier was just a regular vampire from the time period and not Native American. Queen Dahlia was also not Native American, and she was one of four original Kings and Queens that I later decided didn’t fit into my new storyline. It wasn’t until I began rewriting (again!) and decided to make some changes. I thought making Xavier a Native American would provide a means of tension between Lorrain and him. Then the thought of making Xavier Queen Dahlia’s son came to be and the rest is history- and their stories are revealed much more in my book.

When I was younger, in my teens and early twenties, I found it almost impossible not to share my life’s story. There was reason to be proud- I had survived eight years of abuse at the hands of my foster mother and made it out at age sixteen only to be reunited with my biological parents. But what I had not understood until later is that although my past still gripped my consciousness- it did not define me.

My late teens were extremely rough because I was on a quest to find the love and acceptance I had been denied through the most crucial years of my life. Luckily, my biological parents had stepped back into my life like an anchor and enabled me to slowly heal and grow. I experimented with drugs and put myself in dangerous situations but by the time I had turned twenty-one I knew my life’s purpose was one that involved an education. One of my ways of healing was writing- poetry, short stories, and even journaling. I channeled that into a possible degree at a community college where I started out as an English major, but my love of writing would be challenged after facing the realization that I did not know how to write at college level. Then I took a history class that changed my view and future vision of what I aspired to be. The power of history and knowledge captivated me and soon, I was writing some of the best papers in that class. My college journey was longer than most, but I finally graduated in 2019 with a bachelor’s in history with a focus on public history. Now, I work at the amazing living history museum at Colonial Williamsburg, Virginia.

Was it easy, no. I worked in the grocery business since I was seventeen and only quit when I got a job as a student assistant in a library and history center for Caltrans. Hard work and perseverance have followed me throughout my life, and it did when it came to my book, The Soul Warrior. The concept was started in 2012 and it was only a year later that I developed all my characters, with sketches, and started an actual storyline. I started writing it almost a dozen times and restarted it just as many times. But it wasn’t until early 2020 when COVID-19 shut down the world and forced me to stay at home-and I wrote. The last chapter, the last paragraph, the last sentence was so amazing to write because it had almost taken me a decade to get this book finished! I am truly proud of the story I created but also proud of the characters I was able to develop. My main character reflects me and all the things I have survived in my life. She was created to be strong and a fighter which is one heck of a combination.

The Soul Warrior is book one in a series. I have started book two which takes place in the 1750s in Williamsburg, Virginia. I have added a handful of new characters- two of which I will share with you as a spoiler. The first character I will reveal is a young woman by the name of Paisley. She is a fairy from the Royal Territories where she and her twin sister work at a family shop- where they sell handmade items. She has a green thumb as well, very good in the garden, and has a love for all kinds of plants. She will join Lorrain in her purpose and become a love interest for another character.

The other character I developed out of pure joy and was extremely happy with how he turned out. Dominic will be introduced almost halfway through and he is a young gargoyle. His natural instincts are to protect the good and pure, so he becomes an asset to Lorrain and her friends. But he is not very easy to get along with, and although he is highly intelligent, he is still very much a teenage boy.

Follow the adventures of Lorrain McGregor, a young woman whose soul is chosen for a great purpose. When her body dies in 1851, her soul survives to go back in time…to the year 1631 in Jamestown, Virginia. She is faced with many obstacles but there are magical creatures just waiting for her to arrive. Lorrain will realize as a Soul Warrior she has the ability to change the course of history. But for what and why was her soul chosen? As a strong woman who embraces her power and newfound supernatural friends Lorrain demonstrates what a true femme fatale is. Is this a second chance to make right her wrongs? Who will tame Lorrain’s heart? Can she survive what this new life has thrown her way? Come along and find out…
Goodreads * Amazon

Nightmares of fire burned in her dreams again.

But this time it felt real.

Lorrain opened her eyes to see the familiar flicker of orange flames. She leaped up and noticed she was still in her bedroom in the Shack. Her entire bed was on fire! Lorrain froze there in the middle of the fire.

The fire wasn’t hurting her.

Lorrain stood still and made herself relax. Like magic, the fire slowly subsided without ash or ember to be found. Lorrain sat back down on her bed stunned.

Did she just put out that fire herself?

Had she made the fire? Lorrain looked at her hands. They looked normal but her body felt warm and sweaty. She got out of the bed and gave it a good look over to see if there was something under her bed but there was nothing. Then she thought about yesterday.

“So we are in a place outside of human contact?” Lorrain asked, trying to grasp what he was saying.

“Almost. The only human contact can come through the portal door which is the one you two arrived in. Usually, I would destroy it but we might need to use it so I have it being guarded by a spell that makes it look invisible to humans.”

Theresa decided to add, “Think of it as a safe house. We are protected here and with our spells included, the Shack is nearly impenetrable.”

“No one will hurt us here.” Vincent reiterated. “Now to talk about you. I know me and Xavier have not been very informative but it is truly because we know a little bit about what you are. But Stan here has uncovered some actual documentation from some archives in Europe. We do know what you are called.”

“What’s that?” Lorrain asked.“You’re called a Soul Warrior,” Xavier said from beside her like he had known the whole time.

This is Adrian Rose Spear, author of The Soul Warrior. I was born in Sacramento, California where I had quite a rollercoaster of a childhood. By the time I was 15, I had been in foster care for eight years and was lucky enough to reunite with my biological parents. I worked in grocery stores for most of my working career and doing so helped put me through college. in 2019, I graduated from California State University, Sacramento with a BA in History. Recently, my husband and I moved to eastern Virginia where I have had the pleasure of working at some amazing living history museums. My love of history made an impact on this novel. I truly wanted to make it authentic as possible, with room to allow for the fantasy of course. I have always considered myself a strong, independent, and hardworking woman who has overcome many things and I am delighted to share my imagination with the world!
Facebook * Amazon

Follow the tour HERE for special content and a giveaway!
$10 Amazon gift card,
Print Copy of the Soul Warrior– 1 winner each!

Mar 4
A Pinch of Bookdust
The Book Dragon

Mar 15
IndiePowerd by No Sweat Graphics

Mar 22
Momma Says: To Read or Not to Read
Sapphyria’s Book Reviews

Mar 24
The Avid Reader  – REVIEW
Inside the Insanity – GUEST POST 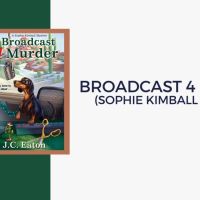