When Characters Take Over the Story
by Eileen O’Finlan

One of my favorite things that happens when I write is when my characters take over my story. I think I know what I’m going to write. The scene has played out in my head. Now I just have to type it into my Word document. Often that’s just what happens. Sometimes, however, my characters decide to change things up without telling me. I’ll be writing along, minding my own business, when suddenly I find that the scene I had in my head is not what I’m seeing appear on the screen. How can that be?

It seems these fictional creations called characters have a mind and a will of their own. Apparently, they don’t always want to do and say what I think they should. Instead, they assert their will and go their own way. I have to admit, so far, they’ve always been right. I suppose, it’s their story, so they probably do know best.

I’ve spoken with enough other writers about this odd phenomenon to know that it’s quite common. Characters, it seems, have a habit of taking over our stories and making them their own. Like me, most writers enjoy this. Non-writers generally have one of two reactions: 1.) They think it’s very cool; 2.) They think writers are very weird. Though they may not say it in so many words, this reaction can be deduced by the non-writer taking a few steps away from the writer who has just divulged this information.

I honestly don’t know how it happens. Is my subconscious mind making changes of which I’m not aware at the time? Did I take the story in a direction that no longer fits with my original idea for the scene? Or do the characters who live in my head 24/7 while I’m working on a novel actually take over my brain and fingertips? It’s probably one of the first two, though, I like the third explanation the best.

All I know is that I love when it happens. I get to the end of a scene and say, “Wow! I had no idea that was going to happen.”

It is indeed very cool! And also maybe a little weird. Just stay a few steps back and you’ll be fine.

Meg and Kathleen must rely on their faith and their sisterhood to survive and claim their destinies in a new land. – Erin’s Children By Eileen O’Finlan @EileenOFinlan

In 1851 Irish Famine survivor, Meg O’Connor, buys passage to America for her younger sister, Kathleen, and arranges employment for her as a maid. Kathleen’s feisty spirit soon puts her at odds with her employers, the bigoted and predatory Pratts. Driven from their home, Kathleen ends up on a wild adventure taking her to places she could never have imagined.

As a domestic servant in the Worcester, Massachusetts home of the kindly Claprood family, Meg enjoys a life beyond her wildest imaginings. Yet she must keep her marriage to Rory Quinn a secret. Rory, still in Ireland, eagerly awaits the day he will join her. But as the only jobs open to Irish men pay poorly, Rory’s imminent arrival threatens to plunge her back into dire poverty.

On the eve of the Civil War, while America is being rent asunder by the fight over slavery, Irish Catholics wage their own war with the growing anti-immigrant Know Nothing party. Through grave doubts, dangers, and turmoil, Meg and Kathleen must rely on their faith and the resilient bonds of sisterhood to survive and claim their destinies in a new and often hostile land.

“I hope you’re not lazy. You can’t sleep all day and expect to keep a job.” Kathleen peered up at Sophronia Pratt, a tall, broad-shouldered matron with a sour turn to her mouth.

A sideways peek out the kitchen window, told her it was barely past dawn.

“You must rouse yourself ahead of the family.  It is your job to have our breakfast ready by the time we’re up.”

“Aye, Ma’am,” Kathleen answered as she rolled up the straw mattress that Mrs. Pratt had given her the night before. Mrs. Pratt explained that they were preparing a section of the attic for her, but it was not yet ready. Meanwhile, she would sleep on the floor of the kitchen, storing the mattress in the cupboard.

“You said ‘aye.’ In this country, we say, ‘yes.’  You will learn to use proper English in this home.”

“Let’s get on with breakfast. You need to get the stove going first. I understand that you Irish girls are unfamiliar with their workings.”

“’Tis true. I’ve never laid eyes upon such a grand contraption in all my days, though my sister, Meg, did tell me about it. She calls the one at the Claproods “The Beast”, she does,” Kathleen said, marveling at the cast iron giant hulking against the wall.

Mrs. Pratt’s features had distorted into such a disapproving arrangement that Kathleen did not respond.

“I do hope our stove will be to your satisfaction,” Mrs. Pratt said.

Eileen O’Finlan writes historical fiction, telling the stories on history’s margins, the things rarely taught in the classroom. For her, that’s where history really gets fun. Her promise to her readers is to craft stories that will thoroughly immerse them in another time and place.

Born in Springfield, Massachusetts, her family moved to Worcester when she was two.  Four years later they moved to Holden where Eileen grew up and where she now resides.

Eileen holds a Bachelor’s degree in history and a Master’s Degree in Pastoral Ministry.  She works full time for the Diocese of Worcester and teaches online courses in Catholic studies for the University of Dayton, Ohio.  Erin’s Childrenis her second novel and the sequel to her debut novel, Kelegeen.

Click Here For Your Chance For A Winner’s Choice – Print or Digital – Kelegeen and Erin’s Children by Eileen O’Finlan (Print U.S. Only) 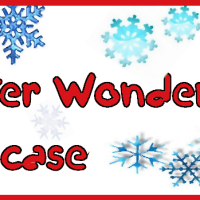