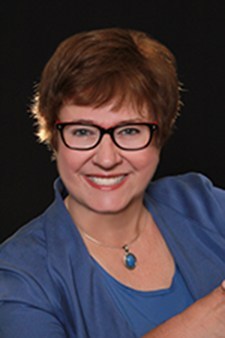 Barbara Barrett started reading mysteries when she was pregnant with her first child to keep her mind off things like her changing body and food cravings. When she’d devoured as many Agatha Christies as she could find, she branched out to English village cozies and Ellery Queen.

Later, to avoid a midlife crisis, she began writing fiction at night when she wasn’t at her day job as a human resources analyst for Iowa State Government. After releasing eleven full-length romance novels and one novella, she returned to the cozy mystery genre, using one of her retirement pastimes, the game of mah jongg, as her inspiration. Not only has it been a great social outlet, it has also helped keep her mind active when not writing.

Bamboozled, the second book in her “Mah Jongg Mystery” series, features four friends who play mah jongg together and share otherwise in each other’s lives. None of the four is based on an actual person. Each is an amalgamation of several mah jongg friends with a lot of Barbara’s imagination thrown in for good measure. The four will continue to appear in future books in the series.

Anticipating the day when she would write her first mystery, she has been a member of the Mystery/Romantic Suspense chapter of Romance Writers of America for over a decade. She credits them with helping her hone her craft.

Barbara is married to the man she met her senior year of college. They have two grown children and eight grandchildren. 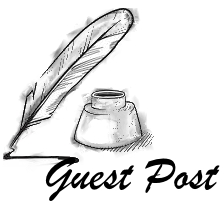 The amateur investigators in my Mah Jongg Mystery series face at least two challenges from the get-go: First, they are amateurs, they have no formal investigative training and therefore must rely on their wits and creativity to gather intel; and second, they are not law enforcement, they aren’t even registered PIs, so they can’t force a suspect or anyone who knows the suspect to talk to them. Given those two obstacles, they are frequently forced to “go undercover” to gain their information. They have to invent stories with which to approach suspects.

In Beware the East Wind, the four women sleuths and the husbands of two of them split up the five suspects they are investigating. Sydney and her husband, Trip, hire the house cleaning agency of the victim’s spouse with the hope of being able to pry information from the four cleaners about their boss. Though they learn about his penny-pinching business practices but nothing about his feelings toward his wife, but they do get a clean house from the deal. Micki Demetrius passes herself off as a recent lottery winner with money to burn when she approaches a librarian about buying a ranch she inherited from her parents. Kat Faulkner visits a jewelry maker with the excuse of wanting to incorporate some beads from a dress made from her mother years before in order to get the woman to talk about her experience with past life regression hypnosis. Marianne Putnam and her husband, Beau, concoct a crazy story about wanting to entertain their blog readers with a video of them shampooing a poodle to get close to a dog groomer.

The two husbands, Beau and Trip, team up to observe their suspect, an orthopedic surgeon, firsthand when Beau becomes one of his patients and Trip comes along for the ride. Beau “fakes” knee problems that have developed from playing golf.

I put a bit of myself in this storyline since I’ve had both knees replaced, the right eight years ago and the left five years later. I’ve been through the full process-the initial pain, the progressively more acute pain, the decision to seek medical help, the options to deal with the pain, the decision to have surgery, the surgery itself, the long weeks of recovery and finally rehab. Not that I needed to fall back on all that for this story, but knowing the entire routine provided the background information I needed to make my writing credible.

For this book, all I used were my impressions of my first visit to the orthopedist’s office. I focused primarily on the initial X-rays and the doctor’s examination. I was fortunate in that my husband had worked for the same medical practice a few years prior and knew which doctor to steer me toward. I received wonderful care, from him as well as his physician’s assistant. Someday, maybe I’ll move on to the actual surgery and recuperation period for Beau. A lot more potential drama in those, although Beau’s surprise at discovering his knees truly do need surgery was a fun twist to the story. For me, not him.

Each addition to this series is an adventure in learning more about a variety of topics and weaving a little bit of my own life into the story. That’s what keeps me writing. 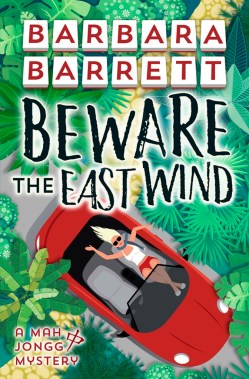 Beware the east wind! It’s hurricane season in Florida, and everyone’s attention is focused on preparing for the latest tempest. But in Serendipity Springs, mah jongg pals Marianne, Sydney, Micki and Kat are caught in a different kind of whirlwind—a mesmerizing murder case involving a slain hypnotist/chef and the woman police suspect of doing her in, her embittered catering partner, Portia.

Tasked by Portia to help clear her name, and at the risk of infuriating Kat’s sheriff boyfriend, Marianne and her friends discover there are more than enough suspects—and secrets—to go around. Wary of getting themselves into more dangerous situations, Marianne and Syd agree to let their protective spouses join the hunt, even if their scheming husbands are really in it for the action, not bodyguard duty.

As they dig into the hypnotist’s explosive files, more and more questions arise. Was she blackmailing her clients? Did her husband knock her off to gain access to those secrets? And is Portia telling them everything she knows? The sleuths pile their own deceptions on top of the suspects’ lies as a dangerous storm gathers steam offshore. When will the east wind strike, and will the hurricane’s merciless eye reveal a killer?

October 24 – I’m All About Books – SPOTLIGHT – unable to post

October 26 – Here’s How It Happened – SPOTLIGHT

October 27 – Cozy Up With Kathy – REVIEW 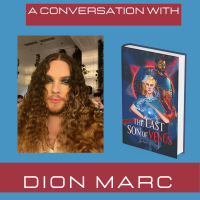 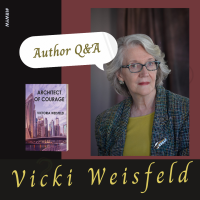