Is this gem on your #TBR? It should be. From my #inbox to you!

Because Home Is …: a collection of short stories about finding home, going home and being home

“Because Home Is … is a collection of short stories about finding home, going home and being being home. With themes and topics such as women in media, empowerment, bereavement, love and romance, mental illness, cancer, endometriosis and traveling abroad, the collection promises to be an impactful and compelling read for lovers of Young Adult, Chick Lit, Women’s Literature and Romance.” by Chioma Nnani 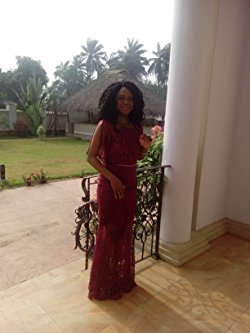 Chioma Nnani is the author of FOREVER THERE FOR YOU. She is an award-winning storyteller, as well as a two-time UK BEFFTA (Black Entertainment Film Fashion Television and Arts) Award nominee, in the ‘Best Author’ category.

A talented ghost-writer who is known for “being able to get into your head and under your skin, before writing down exactly how you’re feeling”, Chioma is also a 2016 DIVAS OF COLOUR finalist (in the category of “Diva Author”), a 2016 CREATIVE AFRICAN Awards finalist (in the category of “Best Fiction Writer”), and has been named “One of 100 Most Influential Creatives” by C.Hub Magazine.

She holds a Law (LLB) from the University of Kent and a Postgraduate Certificate in Food Law (De Montfort University, Leicester). She is also the founder of THE FEARLESS STORYTELLER HOUSE EMPORIUM LTD (a premium storytelling outfit based in the Federal Capital Territory of Nigeria, where she lives), typically contributes to lifestyle and literary publications, and runs the “Memo From A Fearless Storyteller” blogazine at http://www.fearlessstoryteller.com for which she won the 2016 BEFFTA (Black Entertainment Film Fashion Television and Arts) Award for “Blog of the Year”