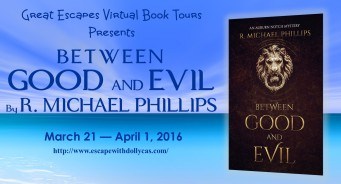 love a mystery that wastes no time with setup and has me in suspense from page 1, and Between Good and Evil did just that.
~The Book’s the Thing 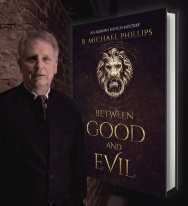 This story opens with the murder of a unfortunate young woman that is very similar in appearance to the town sheriff. Sheriff Promise Flynn took the job in Auburn notch as a way to take back her life from the fear and turmoil left over from her last case as a detective with Chicago PD. It was a case that almost left her dead. The new murder is eerily similar and she isn’t the only one who thinks so. Reporter Hugh Calder has rolled into town drawn by the murder and hoping to prove his theory that it is related to murders in 3 other cities across the country. When the FBI become involved, it becomes a race to unravel the mystery before more people die and Sheriff Flynn is likely at the top of the killers short list.

It isn’t often that I get to anticipate reading a book as much as this one. It came through here for a book blast early in the year and reviews for this book from other book tours keep popping up in news feed. Obviously people, whose opinions, about books, I respect are buzzing about this book.

It takes a master story teller to tell the reader right from the get go who the murderer is and still manage to weave a spectacular mystery that lasts right up to the last page. However, it wasn’t the thrilling suspense that caught my attention from the first. It was the evocative sensory descriptions embedded in the story, drawing the reader into the world and onto the page.

“Traffic, blithe voices, and the hint
of brass instruments synthesized into a high-pitched drone,
hitching a ride on the lazy, late-evening breeze.” (Page 6)

The story is filled with captivating characters. They are at once typical small town, but instantly recognizable in our lives.. It was enjoyable getting to know the citizens of the town as they were pulled into the story and then seeing how they fit into the grand theme. Despite the amount of detail shown in every facet of this book, there is no useless information. It is all woven into a clear picture of the town, its residents and the mystery at hand. This is a place you will visit, and people you will get to know.

Small towns seem to make great settings for mysteries and Auburn Notch is no exception. It is just small enough to have the everyone-knows-everyone vibe and still cosmopolitan enough to provide an excellent backdrop. The crux of the story is, of course, the Willis Asylum, abandoned for decades, sitting high above the town with its ominous history. It grandly takes center stage beginning with the photo gallery exhibit in the beginning and continuing as we learn more about it and the town throughout the story. It holds secrets.

This book was a feast for the imagination and I know I will find myself reading it again, just because. I am quite certain that in R. Michael Philips, I have found a new body of work for me to devour late at night while my family sleeps. 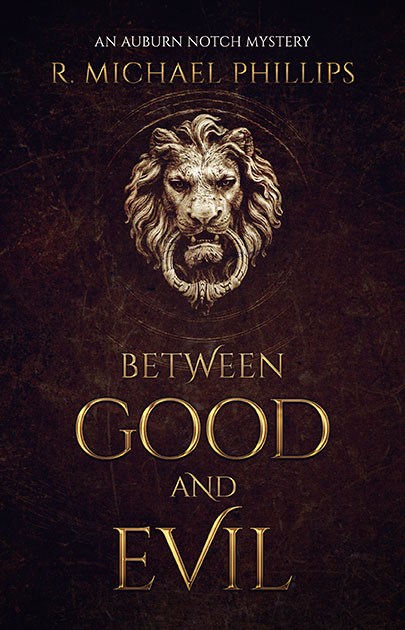 Years after the Willis Asylum closed, the secrets of its past lingered in its decaying halls as a reminder to the good people of Auburn Notch—when Evil closes a door, he also opens a window. Sheriff Promise Flynn was new to the town, and she was about to find out some windows should never be opened.
Promise Flynn is an overly impulsive Metro Detective whose disregard for procedure finally resulted in her being shot and left for dead during an investigation. To repair her bruised ego and splintered confidence she abandons the callous dark alleys of Chicago to patrol the quiet, birch-lined streets of Auburn Notch—a favorite vacation spot of her youth. For two years everything was idyllic, until the body of a young girl found in the abandoned asylum outside of town awakens the insecurities she thought her new life would insulate her from.
As the new Sheriff she begins her investigation refusing to accept the similarities between the young woman’s death and her own case, oblivious to being unexpectedly recognized and penciled in at the top of a clever murderer’s To-Do list. Her internal struggle intensifies when a discredited crime reporter from the past suspiciously arrives in town to resurrect his threadbare reputation, along with an FBI agent chasing down a lead in a cold case. Both men quickly become entangled in Flynn’s investigation and her attempts to finally put her past to rest.
Flynn reluctantly accepts the murder of the young girl might be the work of the two men responsible for her hasty departure from Chicago, but Agent MacGregor insists the evidence points to a man he’s been chasing. As the rising current of her past threatens to pull her under, Flynn finds herself unprepared for option three.

Other Books By R. Michael Philips:

Along Came A Fifer (Volume 1) 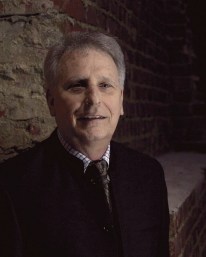 Michael is a classically trained artist turned mystery writer. By combining his creative talents with a passion for mysteries he conceived his first series—The Ernie Bisquets Mysteries. It introduced Ernie Bisquets, a retired London pickpocket who decided he was going to assist the London police with their most difficult cases—whether they want his help or not. Michael has completed 3 books in the series, and has plans for at least five additional books.
Michael travels a bit, especially to Great Britain, but also has a fondness for New England. He spent many winters in the shadow of the White Mountains, skiing and enjoying the beautiful countryside. Those fond memories are the backdrop now for the new Auburn Notch Mysteries being published by Sunbury Press. The main character is Sheriff Promise Flynn—an ex-metro detective who left a dark past and her big-city detective shield behind and moved to a small New England town. What follows is anything but therapeutic.
When he’s not painting or writing Michael is an avid antique collector, filling his current home—an 1894 Queen Ann Victorian he, his wife, and son are restoring—with an assortment of antiques from around the world. Michael also enjoys cooking, working in the garden, and playing in the yard with their two rescues, Beau and Pup.

March 24 – I Read What You Write – REVIEW, INTERVIEW

March 25 – Cozy Up With Kathy – INTERVIEW

March 30 – Queen of All She Reads – REVIEW, GUEST POST 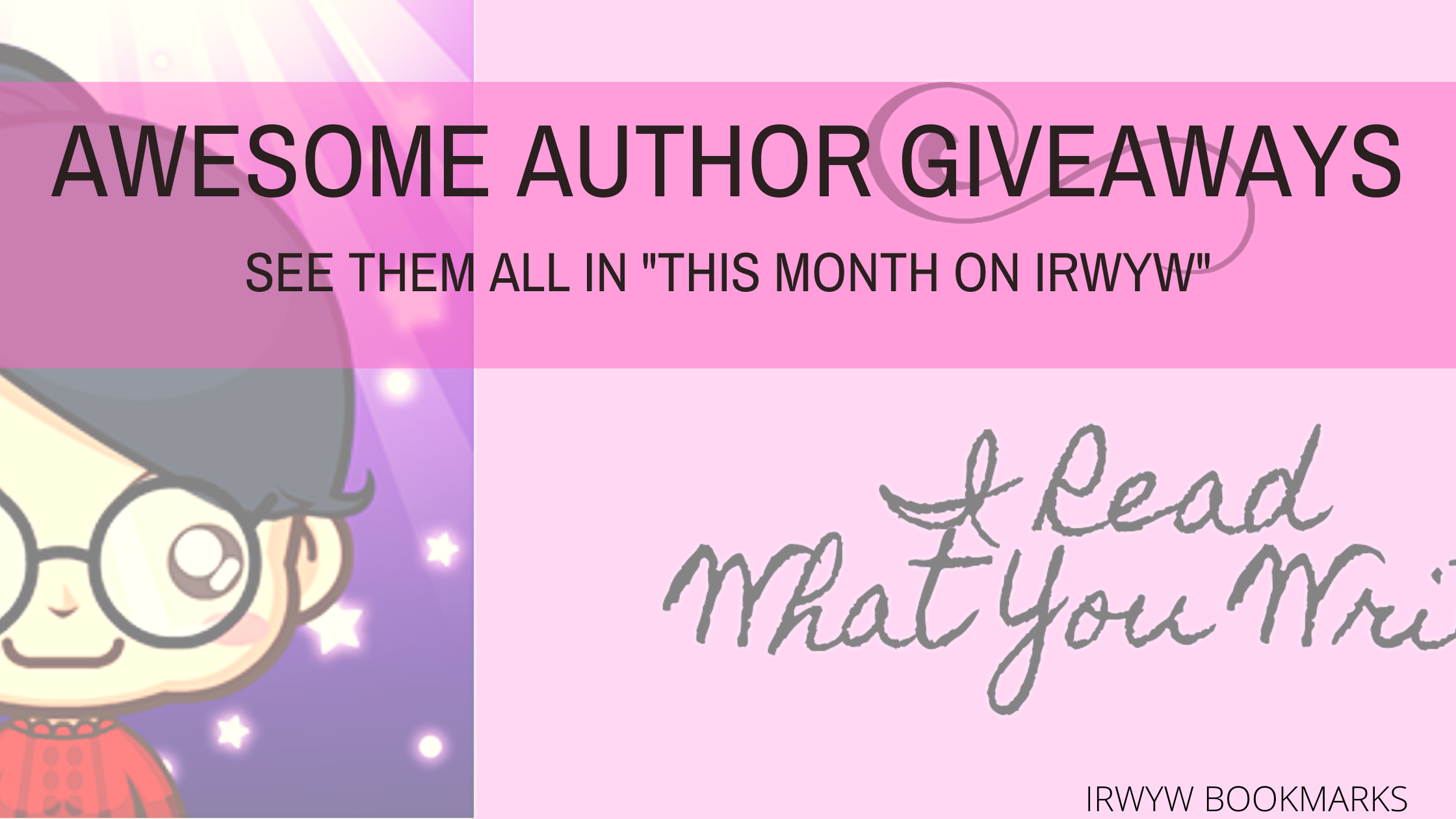 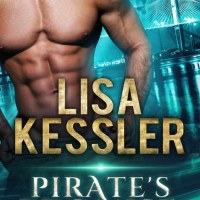 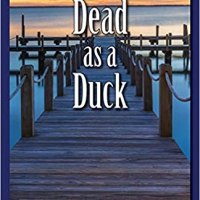 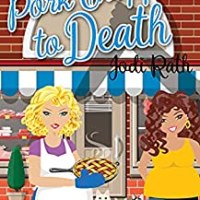 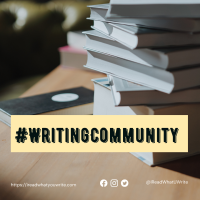