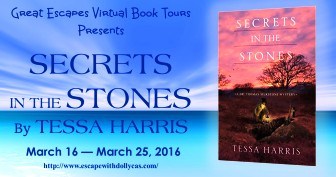 Within the mysteries of the body, especially those who have been murdered, 18th-century anatomist Dr. Thomas Silkstone specializes in uncovering the tell-tale clues that lead towards justice…

Newly released from the notorious asylum known as Bedlam, Lady Lydia Farrell finds herself in an equally terrifying position–as a murder suspect–when she stumbles upon the mutilated body of Sir Montagu Malthus in his study at Boughton Hall.

Meanwhile Dr. Thomas Silkstone has been injured in a duel with a man who may or may not have committed the grisly deed of which Lydia is accused. Despite his injury, Thomas hopes to clear his beloved’s good name by conducting a postmortem on the victim. With a bit of detective work, he learns that Montagu’s throat was slit by no ordinary blade, but a ceremonial Sikh dagger from India–a clue that may be connected to the fabled lost mines of Golconda.

From the mysterious disappearance of a cursed diamond buried with Lydia’s dead husband, to the undying legend of a hidden treasure map, Thomas must follow a trail of foreign dignitaries, royal agents–and even more victims–to unveil the sinister and shocking secrets in the stones…

The characters and storyline are so inviting and captivated from the start.
~Shelley’s Book Case

Some years back a diamond was stolen and now, people are dying for it. Dr. Thomas Silkstone is an American anatomist in love with the Lady Lydia Farrell. The murder of her father sets in motion a mystery that will claim more lives in London and lead back to a heinous pact some years before in India.

This is the first book I have read in this series, I was able to follow the story quite well, but there is a sense that there is a tremendous amount of history surrounding these characters. Given a chance, I would go back to the beginning to play catch up.

When it comes to historical mysteries, I adore this time period when the science of forensics was born. The back and forth between the old guard with tradition and avarice on their side and the scientists looking for clues to the facts is always entertaining. This story is a joy to read as it is filled with evocative descriptions that fill the pages, painting the scenes of the book. “Night coated the city’s minarets and spandrels like melted tar”, “It was an area where the roofs of dwellings slumped like exhausted dockers after a hard day’s work”. So many details make this period piece come alive in the mind of the reader.

It is the rather large and disparate cast of characters that truly make this story. None are one dimensional and all have a part to play in keeping the story moving at a steady pace. Though, if it is anywhere that the book doesn’t stand alone it would be that some of the obviously recurring characters are written as if the reader should already know who they are.

All in all this is a fabulous story that I would enjoy exploring more. I am looking forward to reading more from this author

Since leaving Oxford University with a History degree, Tessa Harris has been a journalist and editor, contributing to many national publications such as The Times and The Telegraph. She has also acted as a literary publicist for several well-known authors. Readers can visit her website at tessaharrisauthor.com.

Visit These Blogs For A Chance To Win A Copy:

March 22 – Escape With Dollycas Into A Good Book –   SPOTLIGHT, GIVEAWAY 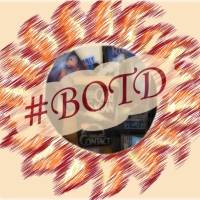 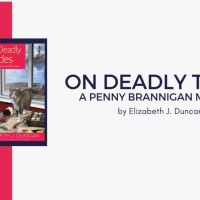