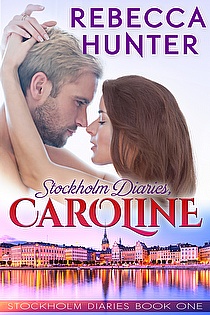 Caroline is a photographer who is on assignment to interview ex-patriots around the world. It is her dream job, and the chance to break free of a life that was stifling her. Sweden is her first stop and will last only weeks before she off to a new country. Niklas is a former NHL hockey player, currently playing for the Sweden national team. He has a temper and a past. Neither is in a place where a relationship makes sense, but they are drawn to one another nonetheless.

The best part about this book is the setting. Caroline is new to world travel and Stockholm. It is terrific to see the city through her eyes. That she tends to see it through a camera lens just makes it all the better. All the little details of daily life in this country add so much to the story. The main characters have a lot of potential, but tend fall a bit flat. Caroline is trying a little too hard to break free of men ruling her life, it is an old saw that was brought up a bit too much. Niklas is a stereotypical hockey player with anger management issues and his constant withdrawal at times leaned toward tedious. Still the love story itself was sweet and the ending was unexpected. I am looking forward to continuing the story in the next book.

Goodreads Summary: A Swedish pro hockey player with a rough reputation meets an American looking for a taste of adventure in a steamy twist of travel and romance. Will they be able to overcome a dark past to turn their sensual nights into something more?

Photographer Caroline Mendoza finally sheds her safe life in Michigan for adventure and a fresh start, and her first stop is Sweden. But Stockholm suddenly becomes more than just a casual stopover when Caroline discovers her reclusive next-door neighbor is ex-Red Wings player Niklas Almquist, whose high-profile alpha bad-boy image, both on and off the ice, has followed him back to Sweden.

While Niklas’s darker side draws her to him, she knows the sensible decision is to move on from Stockholm before she gets too attached. Her time in Stockholm is running out. She must choose between what is safe and what her heart tells her is right. Is she strong enough to take the risk? 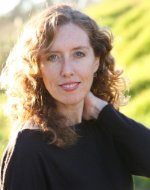 Rebecca is a writer, editor and translator who has always loved to read and travel. Though she earned a Bachelor’s in English and a Master’s in English Education, most of what she learned about writing romance has come from other sources.

Rebecca has, over the years, called many places home, including Michigan, where she grew up, New York City, San Francisco, and, of course, Stockholm, Sweden. After their most recent move from Sweden back to the San Francisco Bay Area, she and her husband assured each other they’ll never move again.

Sign up for news, sneak peeks and free stories at http://www.rebeccahunterwriter.com. 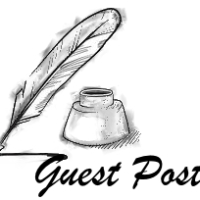