When a puzzling email is anonymously sent to him and his school friends, George and his friend Katie find themselves on a trek to find their missing friend Dougie, when he is lured by  the mystery of The Headmaster’s Cave, a dangerous cave reputed to hold treasure and the center of the town’s most heinous crime. On the way they have to dodge bullies, a crazy old lady with a pack of dogs, the mysterious sender of the email and maybe a ghost. The three friends along with Flan, George’s dog, need to be smart to stay safe.

This was a fun read. What kid can resist the lure of an old legend, especially when it might involve your family and no one is willing to talk about it? The theme is as timeless as Tom Sawyer. This should be a popular chapter book with the 8-12 crowd. I particularly enjoyed how the friends stood up for each other even though they didn’t necessarily agree with their friends actions. The story isn’t over and I am looking forward to the next adventure for these kids.

No one goes into The Headmaster’s Cave.

George Stewart is no hero, but when his friend disappears, he must confront his fears to rescue Dougie and to finally uncover the mystery of The Headmaster’s Cave.

The 120th anniversary of the disappearance of seven children and their Headmaster in a local cave known as The Headmaster’s Cave is approaching. The knowledge that one of George’s ancestors disappeared with the other children has haunted him and his family for generations. When George and Dougie receive an unexpected email stating that the mystery has finally been solved, Dougie and Katie try to persuade George to journey with them. But not even the enticement of uncovering the mystery can tempt George to follow the word of a stranger to the dangerous and ‘haunted’ cave. Only when Dougie goes missing, will George and his friend Katie, accompanied with his dog, Flanagan, journey to rescue his friend.

On their way, they must not only battle their fears, but must also overcome nature’s obstacles, Old Maggie and her dog pack, and the local bullies. But that’s nothing compared to the terror that awaits them in The Headmaster’s Cave, when the mystery is finally revealed.

The Buzz About the Book

“…In the end the truth about The Headmaster’s Cave and the events surrounding it will come as a surprise – but not until chapters of thrilling adventures, self-examination, and challenging encounters spice a read designed to draw in even the more reluctant reader, providing a vivid story that explains some events but leaves the door open for further adventures.” ~ D. Donovan, Senior Reviewer, Midwest Book Review

“Kept me on my toes and found myself not wanting to put it down, even fell asleep reading just to find a good stopping point. Great read and would defiantly recommend to those young readers interested in adventures and mysteries.” ~ Marcus W., Amazon

About the Author: D.S. Allen

Born in County Antrim, N. Ireland. I grew up and lived for many years in the beautiful town of Whitehead. It lies nestled on the east coast overlooking Belfast Lough. On a clear day it is possible to see the sunny shores of Scotland.
I am currently a teacher and a writer. My profession has taken me to Scotland and Oman. I am currently living in Germany. 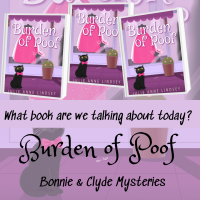