As a fan of fantasy literature, I know just how hard it is find an original story. There are big shoes to fill, left by some of fiction’s greatest authors and all the good stuff has already been done before, and done and done and done. A really good writer can take the tried and true, slightly overused elements, (A warrior based feudal society, magic, a prophecy that means many things to many different peoples and a pantheon of gods, plus the hint of a dragon) and turn them into a great story. They are tried and true for a reason. However, once in a while a storyteller comes along with an original twist that just really hits the mark and offers so much potential of what might come. I believe that Josh Brannan may be just that storyteller.

The Last Kinmark follows the brothers Ahkdo and Kiv, the scions of one of the four great families of Tytans. Raised in the relative peace of their capital city, Kinmark, the two have bright futures ahead of them. The future is put into jeopardy with the arrival of a man who wields powerful magic and has declared himself the emperor of Tyte, the continent where the brothers live, and of all four of the Tytan Families. In a desperate move to avoid that fate, the Family Kinmark flees to another continent where they must fight to make a place for themselves. A new place forces a new perspective and all that the young men know and believe in may change forever.

This book isn’t without its flaws though. Transitions between story lines were slightly disorientating, with the reader needing to read quite a bit to catch up. Also each of the romances could have been fleshed out a bit more. As written they were a bit predictable and not worth being the cause of climax. The female characters were underused and both brothers came out looking a little like spoiled boys and acting out of character rather than the betrayed and injured men they should have been seen as.

Still, as the first installment to a series it is a great jumping off point. Lots of swaying threads waiting to be woven into a much larger story, and really there are so many wonderful places this saga can go that it staggers the imagination. The other peoples of the new continent are vibrant and well written. Most of the characters are not as developed as they could be, but that is more a point of interest than a flaw. Obvious exceptions would be Charles Smith and Byun, both of whom were simply fabulous pieces of this tale and interesting twists unto themselves. It is obvious that there is more to learn and this first novel seemed to be more about painting broad strokes to lay a foundation for the bigger story than to tell a story. This book does a great job of filling the reader in on the histories of various groups that they will undoubtedly come into contact with as the story progresses. I am hoping to see more of the day to day lives of the tribesmen and to find out more about those living on the appendage as they seem like they will be important. All in all I am looking forward to more about this world. The potential is certainly there.

Goodreads Summary: As the twin sons of the Kinmark king, Ahkdo and Kiv have experienced nothing but the best that life has to offer. This privileged upbringing has filled them with great hope for the future, but a dire threat looms in the background of their idyllic world. When this new threat reveals itself, the Kinmarks must take their place as the greatest of the four Tytan families and react accordingly. The events surrounding that reaction will change the lives of the twins and everyone they love as the entire world of Fulorn finds itself headed in a new and dangerous direction. 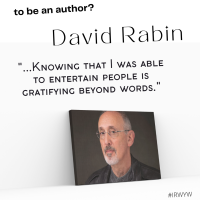