Earlier this month I received an  e-book copy of The Contaminants by Devin K.Smyth to  review, from Mother Daughter Book Reviews. On the whole I enjoyed reading this young adult, science fiction novel.

The Contaminants is set in a post apocalyptic Earth, a setting which seems to be popular with YA crowd these days. It follows 15 year old Sil, her brothers and a close friend, as they navigate living on a space cruiser conceived to be a safe haven for the last of the human race, while the Earth is regenerated.

After taking a few chapters to get the reader caught up with main characters and the current crisis, the book takes off with one interesting revelation after another leading to series of dangerous adventures for the four kids as they learn that things are not as straight forward as they had first thought and there are always more questions than answers. In the end, they find themselves on an Earth very much not like the one they had left behind, as part of the human race that has both changed and not changed more than had been hoped.

I enjoyed the colorful cast of characters. I could feel Captain Monumba’s worry and commiserate with Raj. Sil’s relationships with her older and younger brothers instill a sense of normalcy into this futuristic story that I think most readers will relate to. The people that the kids meet along the way add to the rich fabric of the story nicely. Still, I could not connect with Sil. It seems that she is meant to be a strong driven female character, but she comes off more like a spoiled brat, completely unaware that her actions and moods affect those around her.

Overall this is a story that most middle schoolers will enjoy. The science is fascinating. The imagery is vivid. It is great science fiction with just a flair of the fantastic. It explores themes that will make them think about the world around them and how humans relate to each other in the real world. I am definitely interested in seeing how this series plays out.

This Bookworm awards “The Contaminants” 3 Tomes

Summary: When the American government’s attempt to “purify” Earth causes a
worldwide nuclear holocaust, teen friends Jessil and Soraj are among the few to escape the planet. Orbiting in a cruiser designed to help regenerate Earth’s ecosystem, they assist Soraj’s father, who leads the process to salvage a location for the cruiser’s safe return. But when a mysterious distress signal arrives from Earth, Jessil is desperate to discover who sent it. She and Soraj join the reconnaissance team that descends to the planet, a world very different from the one they knew. In such a strange land, can their search-and-rescue effort succeed? And if it does, will it mean failure for Earth’s recovery?

More Buzz About the Book

“The Contaminants, a work of dystopian fantasy for teens from Devin K. Smyth (the penname of Kevin Speth), serves as the first volume of
his New Dakota series. Composed of two believable first-person narratives and based around two father-child relationships, this is a novel that prizes
emotions as much as it does technology.” ~ Rebecca,Foreward Reviews

“The Contaminants by Devin K.Smyth is a story of survival, friendship, loyalty,
and hope set in the aftermath of planetary devastation. I loved this book... I didn’t want to put the book down. I wanted to keep reading to see what happened next. This is a great start to what I hope will be a continuing series.” ~ Ubiquitous Bubba,
Amazon

“This story had me sucked in from the very beginning, and I had trouble putting it down. The science was thorough and awesome. The characters were portrayed at different ages and through different stages of their journey with skill and a
perfect arc. ” ~ Amie M., Amazon

“An exciting trek to a post-nuclear Earth! Tightly composed and never off tangent in its delivery, “The Contaminants” by Devin K. Smyth packs many punches” ~ Future Boy, Amazon

“There’s enough drama andtension here to keep you riveted. Smyth’s concept of a world intentionally destroyed in order to “improve” on it is fresh and provocative. The characters are well developed and engaging. I’m eager to
read the next story in this chapter, and find out more about this new yet familiar world.” ~ Nikki B., Amazon

About the Author: Devin K. Smyth

Devin K. Smyth is the pen name of Kevin Speth, a part-time novelist and full-time marketing copywriter in the field of children’s entertainment. He resides
in southern Wisconsin with his girlfriend and their herd of cats. The Contaminants is Devin K. Smyth’s first novel and is the first in the “New
Dakota” series.

Next time I will be reviewing “You Rule”  by Scott Forbes and Emma Laura Jones for Lonely Planet Kids.
Stop by again soon 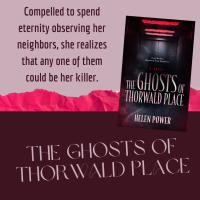